Hit enter to search or ESC to close

Airbnb teamed up with VICE Media and wanted to showcase their new VICE experiences offered through Airbnb. Airbnb wanted users to have a fun experience and share why they are passionate about the experiences offered by VICE, while also encouraging more registrations into the Airbnb rental platform.

Airbnb planned to run an essay contest on its Airbnb platform. New and existing Airbnb account holders would submit a short essay explaining why they are passionate about the four VICE experiences being showcased. The contest would be open across the world in nine different countries, with the winners selected by a team of Airbnb and VICE judges. 100 winners would each win round trip airfare and transportation to one of four of Airbnb x VICE experience destinations: Cape Town, New York City, Paris, or Tokyo. All submissions must be moderated for content and eligibility before winners can be selected.

A large number of Contest Factory moderators and expert judges reviewed and scored tens of thousands of essay submissions and delivered the list of hundreds of finalists to Airbnb and VICE judges to select the final winners.

Contest Factory’s Viral DNA analytics software provided Airbnb with real-time data on the number of submissions per eligible country, disqualified submissions, the judge scores received by each submission, and the number of submissions each judge evaluated per day. On Airbnb’s behalf, Contest Factory also administrated the prize fulfillment of the contest and organized the trips to the VICE experiences in Cape Town, New York City, Paris and Tokyo for all 100 winners within 2 weeks after the promotion ended. 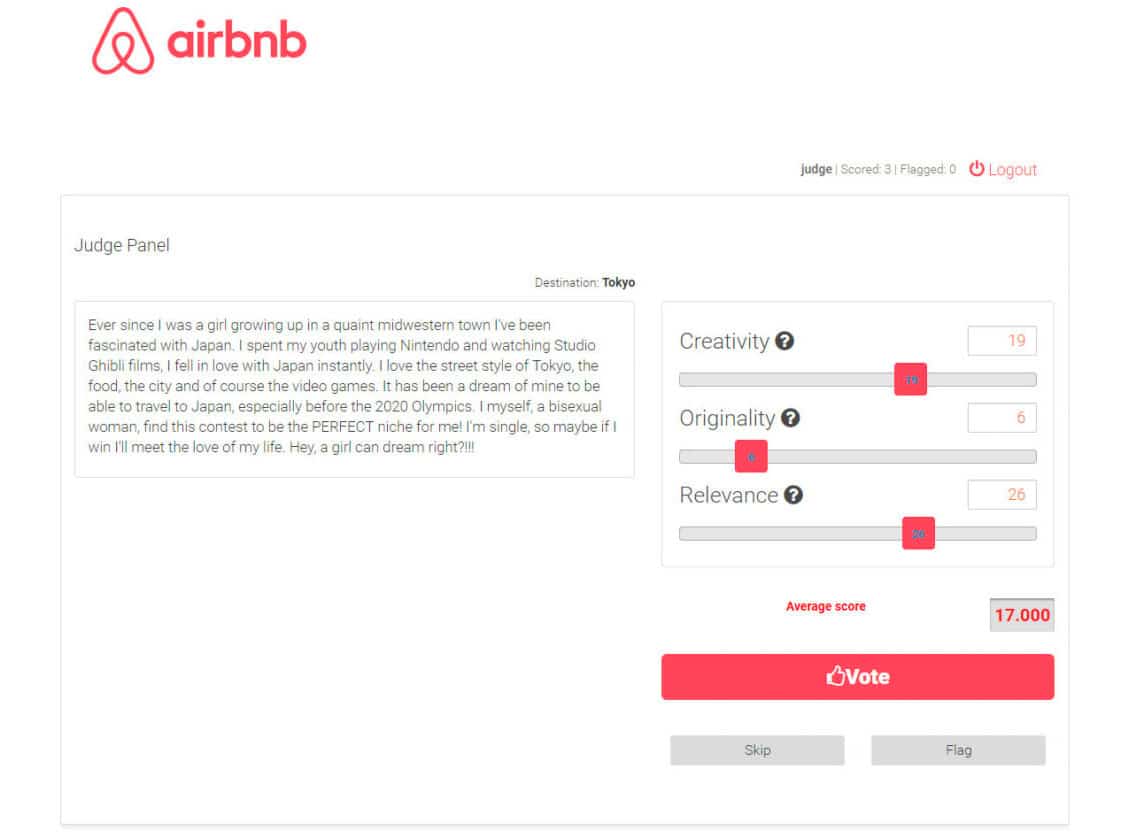 The contest was a great success for Airbnb as it saw an increase in account registrations during the contest period, with almost 10% of all submissions coming from brand new Airbnb accounts.

By using this site, you agree to our Privacy Policy.Ok